Isn’t it time you had an experienced analyst on your team?

Active Measures, LLC is a Midwestern research and analysis firm focused on supporting defense, national security, and civilian agencies at the local, state, and federal levels. Active Measures and its director Michael van Landingham also provide baseline risk assessments and background information for non-profits and private corporations based in the United States. Our work includes analysis of current dynamics related to client topics of interest—to include an overview of barriers and opportunities—and development of risk mitigation strategies, white papers, and communication.

Active Measures, LLC can engage with outside analytic teams to develop these products and more, as well as to act as a “red team” that examines others’ analytic conclusions and identify novel issues. We offer formal analytic line reviews and stylistic and substantive reviews of outside analytic products, proposals, and requests for information. Michael can participate in a range of structured analytic techniques or analytic brainstorming sessions upon request.

Michael E. van Landingham is the founder and director of Active Measures, LLC. For eight years, Michael was an analyst for a federal government agency, where he provided strategic and tactical analysis across a range of formats to senior policymakers and others.

Michael received his Bachelor’s from Princeton University in Slavic Languages and Literatures. He earned a Master’s from Harvard University in Russian, Eastern European, and Central Asian Studies. Michael is in the process of developing a dissertation for the graduate program in Sociology at the University of Wisconsin-Madison. He resides in Wisconsin and speaks Russian and French.

Active Measures, LLC ·
@FCDserviceA_llc
This is an excellent interview & article w/ new details for those of us who are wraiths, cursed to relive 2016 every day.

Mattathias Schwartz@Schwartzesque
And here's the new one — Paul Manafort https://t.co/DztjRLBmcU
0
4

Active Measures, LLC ·
@FCDserviceA_llc
CIA, CYBERCOM, and others only wish they could have come up with something as effective as NAFO both on measures of effectiveness and measures of performance. https://t.co/3FnoY0O1KT
View on Twitter 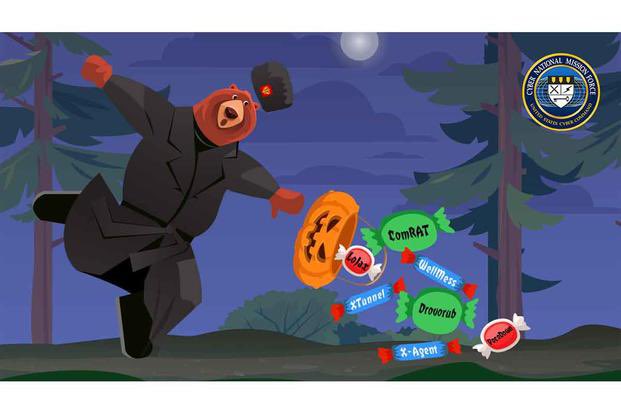 Rowdy@elliot_ham
@TomHeartsTanks Vatniks: “This incredibly influential shitpost army is obviously the work of the US government”

The US government trying to meme: https://t.co/Ue0eozFXgb
0
32

Active Measures, LLC ·
@FCDserviceA_llc
This is an interesting argument about how the Soviet Union also had a "SS Regalia" (Pia 1974) moment.

Sontag on a Sonntag:

https://t.co/adZ3kp9TZ7 https://t.co/u9cQ3VWENX
View on Twitter
Shashank Joshi@shashj
“Andropov, then KGB chief…wanted to glamorise Soviet spies and attract a new generation of young men into the service. As it turned out, the programmes helped introduce a Nazi aesthetic into Russia’s popular culture—an aesthetic that would eventually be exploited by Mr Putin.”
0
2

Active Measures, LLC ·
@FCDserviceA_llc
With Patreon and Grammarly blocked the GRU is going to have to use a VPN to fund certain podcasts and make sure their forged documents' commas are in the right place. https://t.co/wufZY6H8tb
View on Twitter

Recognized thought leadership and earned media placement in international publications on topics in our wheelhouse.

“Michael van Landingham, who was a Russia analyst for the CIA until 2019 and who now runs Active Measures, a research and analysis firm, also said the report’s lack of data undermines its findings. For example, he said, it was unclear how Microsoft determined that only 29 percent of Russia’s attempted cyber intrusions aimed at Ukraine succeeded.”

“The White House prefers to maintain flexibility to punish or reward Russia and tailor sanctions so they don’t bite allies,” van Landingham added, warning of the unintended consequences that sanctions could have on European partners if not crafted properly.”

“How the Kremlin provides a safe harbor for ransomware”

“Like almost any major industry in Russia, (cybercriminals) work kind of with the tacit consent and sometimes explicit consent of the security services,” said Michael van Landingham, a former CIA analyst who runs the consultancy Active Measures LLC.

“Sanctioned Russian IT firm was partner with Microsoft, IBM”

“Naming specific companies can create incentives for educated and skilled Russians who might be able to obtain jobs elsewhere where they don’t support Russian state hacking,” he said.

“Fewer opportunities and a changed political environment in the U.S. may have curbed Moscow’s election interference this year, analysts say”

“The email content really wasn’t about Joe Biden himself,” said Michael Van Landingham, a former CIA political analyst who worked on the 2017 intelligence-community assessment on Russian interference. “It was a stretch to make a connection between the candidate and the leaked information.”